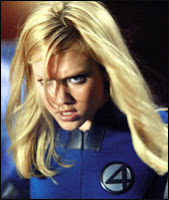 
On a different note, I don't think Alabama will lose too much sleep over Dont'a Hightower's injury, but his pressure against the QB will be missed . That being said, Alabama's offense is much too balanced for Kentucky's defense, and Saban's red streak slides into next week's game against Ole Miss at 5-0 and holds tight at #3, with UF and Texas taking the week off.

Tim looks a little light in his loafers...I'm just sayin...

Finally, let me say it here and now; Auburn is 4-0. BUT, this is the beginning of their SEC schedule with 4 of their next 8 games on the road, so on in my mind the season is just beginning. Auburn might as well consider themselves 0-0 going into Tennessee. The Tigers are an underdog, a place where Auburn usually excels. In case you didn't know, this game features the #3 defense in the country, Tennessee, against the #3 offense in the country, Auburn. How we got here, I haven't a clue. But, I am excited to see what happens this weekend on Rocky Top and how #44 Ben Tate can run against #14Eric Berry. 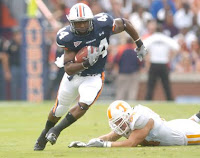 So, with three teams at 4-0 in the SEC West, and given our track record of Top 4 teams falling over 4 weeks, and LSU ranked #4...I'm saying LSU better watch out.
Posted by AUMaverick at 8:00 AM