This week's video is Henry Lee Summer's 1988 #1 Hit "I Wish I Had A Girl" (Warning, there is an annoying ad that plays before the video that I can't get rid of):

This video was chosen because Henry was recently busted for Meth Possession. We wish you well in recovery Henry.
Posted by Bubba at 11:22 AM 1 comment: 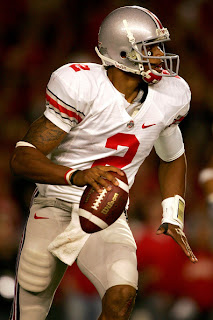 Going into the 2008 college football season, the Buckeyes visit to California to take on the Trojans of USC was circled on everyone's calendars. The Buckeyes were hungry to prove that they were not the team that had gotten beaten easily in the last two National Championship games by SEC opponents and that they were ready to beat a national power. This was the first meeting between these two teams since the 1990 season. What proceeded was a total beat down by USC. The Trojan defense completely shut down the Ohio State offense (which was missing Beanie Wells) and won by a final score of 35-3. 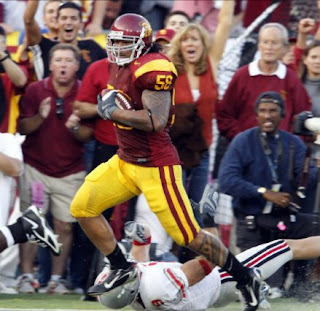 Big play Ray had a huge INT touchdown return in the 35-3 romp.

For two teams that are in different conferences and do not play a regularly scheduled game between each other, USC and Ohio State have actually met a rather large number of times on the grid iron. Their first meeting took place in 1937 and they have since met an additional 21 times. USC holds the all-time lead in the series with a record of 12-9-1. This includes a 4-2 lead in six Rose Bowl game match ups between the schools.

The two teams will meet once again this year, this time during week two at Ohio Stadium in Columbus. The Big Horseshoe recently played home to almost 95,000 fans for the Buckeyes spring game. I was born in Ohio and my grandfather attended Ohio State before and after World War II, however I have never visited the Ohio State campus. Columbus is supposed to be an amazing town and I'm sure there are plenty of bars and restaurants to check out. 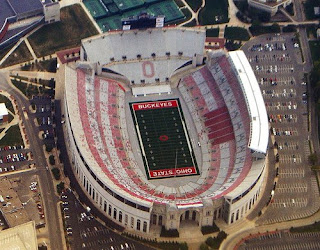 The 2009 match up will be one with two teams looking to replace a lot of firepower on the defensive side of the ball. In 2008, USC had arguably one of the best defenses college football has seen in the last 25 years. But with nearly all of those players gone, the Trojans will look for a new core of players to step up. Mark Sanchez's early exit for the NFL also leaves them with a new starter at quarterback, but the talent around the ball should have no problem putting up points.

Ohio State will be looking to replace Chris Wells running on offense and the leadership of James Laurenitas on defense. Quarterback Terrell Pryor is now the offensive star of Tressell's offense and the Trojans will need to slow both his passing and running down to win this game. 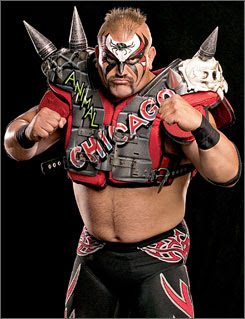 Buckeye fans wish this guy's son was still around.

Two traditional powers meeting in a what could be a Rose Bowl preview. It doesn't get much better than this. 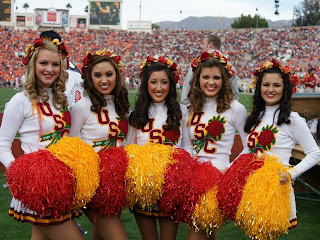 Okay, maybe adding them can make it a little bit better.

UP NEXT: Texas Tech at Texas
Posted by Streit at 12:45 PM No comments:

Streit’s 2009 road trip kicks off with a Labor Day match up between the Miami Hurricanes and the Florida State Seminoles.

Considered one of the best rivalries in college football, the Miami-FSU game has often had national title implications. During the 80’s and 90’s, Florida State and Miami remained fixtures in the Top 10 and this game often served as an elimination game for the two teams. The games have been noted for a number of tense close games, often ended by missed field goals.

With his Georgia number 24 already worn by former Bulldog Champ Bailey, Knowshon Moreno will be switching numbers when he suits up for the Denver Broncos this fall. Moreno will wear #27, which was last worn by former Bronco Darrent Williams who was killed in a drive by shooting a few years ago. I think Knowshon will honor Williams with his play on the field this fall.

I wondered what it would look like to see Knowhon in a new uniform, and here is what I came up with. It just doesn't look right, does it? 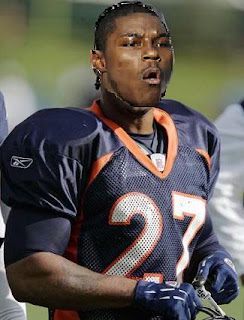