Unfortunately, a busy work schedule that had me on the road a few days this week has prevented me from doing further analysis on this week's game. I will be leaving for Jacksonville in the morning, but here are my final thoughts:

I never feel good about the Florida game and this year is no exception. Of course they get Brantley back and we get guys suspended. That's how it always happens. But this year, I can honestly say we have more consistent play makers than they do. The Georgia defense has been opportunistic this season and I expect that to continue on Saturday. This game will be close, but I can see the Dawgs getting a key second half turn over that turns the tide.

Dear god, I hope I am right on this one! 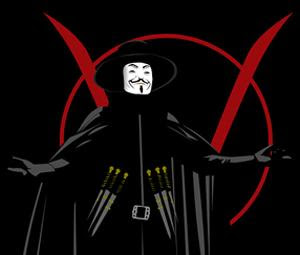 Good evening, Dawg Nation. Allow me first to apoligize for this interruption. I do, like many of you, appreciate the comforts of every day routine, the security of the familiar, the tranquility of repetition. I enjoy them as much as any bloke. But in the spirit of this rivalry, whereby those important events of the past, usually associated with the end of some awful bloody struggle, are celebrated with a nice holiday (for most of us), I thought we could mark this Cocktail Party, a day that is no longer fondly remembered by Georgia fans, by taking some time out of our daily lives and have a little chat.

There are of course those who do not want us to speak. I suspect even now, there are those in places like Gainesville who wish that the Bulldog Nation remains dormant. Why? Because while their record over the last few years may be used in lieu of conversation, words will always retain their power. Words offer the means to a meaning, and for those who will, the enunciation of the truth. And the truth is, there is something terribly wrong with this rivalry, isn’t there? For years, Georgia was the dominant team, but only the recent failures are pronounced. Media, fans, and even the players, have come to view this as a one sided affair where only one side has a chance at victory.

How did this happen? Who’s to blame? Well certainly there are those more responsible than others, and they have been recognized, but again truth be told, if you’re looking for the guilty, you need only look in the mirror.

I know why you did it. I know you were afraid. Who wouldn’t be? 3-18. The timeout. Hanging 50. Terrance Edwards drop. Tebow. There were a myriad of problems which conspired to corrupt your reason and rob you of your common sense. Fear got the best of you, and in your panic you turned to the media, such as the AJC and ESPN. They promised unbiased coverage and demanded you respect their opinions. Today, I ask you to forget the recent past and remember why this game is considered a rivalry. 31 years ago, Lindsay Scott wished to embed the memories of late October in Jacksonville forever in our memory. His hope was to remind the world that heart, determination, and spirit are more than words, they are perspectives. So if you’ve seen nothing, if the pain of the long drive home from Jacksonville each fall is too much, then I would suggest to you that you allow this October 29 to pass unmarked.

But if you see what I see, if you feel as I feel, and if you would seek as I seek, then I ask you to stand beside me this Saturday, in the stands of Jacksonville Stadium, and together we shall give them all a Georgia victory that shall never be forgot!

(Please note: This post is meant to be humorous. It is not meant to be 100% serious. Just enjoy it.)

All of Georgia's major rivals (except Tech) wear orange. Auburn, Tennessee, and even traditional rival Clemson. The fact that Florida wears it just makes them look that much dumber.

At Georgia, there is a mandatory suspension for players who get caught using drugs,get a DUI, or run afoul of the law. At Florida, they get an internal reprimand and still get to play in the next game. Under Meyer, the worst example was Chris Rainey (who just happens to still be with the Gators), playing against Georgia last year just a week after testing "Time to die, bitch" to his girlfriend. This fall, Marcus Roberson gets arrested for underage possession and what does he get? A written arrest and a court date that happens to be a week after the Georgia game. Well, isn't that convenient? And don't get me started on Carlos Dunlap, Brandon Spikes, etc.

While I think Florida fans are annoying as hell, I am a little biased because I am a Georgia grad. I hate Florida fans in the sense of hating rivals, but not for their love of their team. What I do hate are the people who claim to be Florida fans but have absolutely no ties to the University of Florida. These are typically people from the North who are NFL fans and don't have a decent team to root for. They cheer for Florida because of the media coverage that ESPN gives them and because their grandparents live in Sarasota. They claim to love the Gators, but know absolutely nothing about their history in the SEC prior to the 90's.

Every year it is the same, a bunch of pansies in September to boost their stats and give them easy wins out of conference. I know McGarity is trying to institute some of this at Georgia, but we still played Boise this year, have a two game series with Clemson scheduled, and will play Ohio State at the beginning of the next decade. As opposed to Florida, who rarely plays away from home the first month of the season and plays the likes of Miami of Ohio, Troy, and Florida International. And don't forget all the years of scheduling off weeks before Georgia.

#6 - Tight Ends who are Quarterbacks who are Running Backs

This just annoys me. It always seems like Florida has one player that seems to play about 5 different positions and for some reason they always have career games against Georgia. Percy Harvin and Trey Burton, just to name a few.

Even at South Carolina, the Head Ball Coach is causing issues for the Dawgs. He is the man who started this Florida domination in the series. I will hate the man til I die. At least we ruined his perfect season back in '66.

#4 - Their Best Game is Always the Cocktail Party

Whether Florida is contending for a National Championship or playing like crap, they seem to play awesome in Jacksonville. How else do you explain the Dawgs losing to a bad Florida team in 2002 when Georgia was undefeated? They will look like crap against Kentucky, but look like a juggernaut in Jacksonville. I can't explain it.

#3 - Florida brings out the worst luck for Georgia

Terrance Edwards drops a wide open pass that would have been a touchdown. Billy Bennett forgets how to kick. DJ Shockley hurts his knee against Arkansas. Penn Wagers is always assigned as ref. Shawn Williams and Kwame Geathers get suspended. Every year, something happens that helps Florida get an advantage.

We all know how Georgia Tech feels about us because it is the same way we feel about Florida. Until we can string together a series of consistent wins, that feeling of gloom will never change.

They are the state below us. They have a football tradition that stretches way back to 1990. Lindsay Scott ran right past them. Herschel never lost to them. We beat them 75-0 in 1946. We danced in the end zone. Leonard Pope just kept getting open. Vince ran down the field and Munson broke his chair. They are the Florida Gators, they no good sons of bitches. I hate them with every ounce of my soul. From the spiked hair backstreet frat boys to their slutty sorostitutes. They north Florida white trash who have invaded my city. Gainesville is the a-hole of the south, a city built near a swamp that claims it is a great academic institution. Sorry, you are not Vanderbilt.

GATORS! GATORS! HOW'D YA LIKE TO BITE MY ASS!!!

Just thought I'd get that out of the way. It's Florida week 2011 and while a spot in the National Championship is not up for grabs, a spot in the SEC Championship could be at stake. We could talk about history and heroics, but none of that matters on Saturday. I hate Florida, plain and simple. A little part of me dies every year when we head back from Jacksonville with our teeth kicked in.

It sucks that a Georgia team who has won five straight games will most likely be picked against this Saturday in favor of a Florida team with three straight losses and sporting a gimpy quarterback. But that is the reality of the situation. I will have more break down of the match ups this week. For now, I leave you with this: