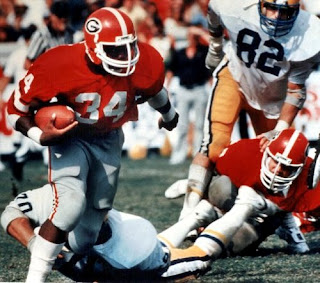 Career rushing touchdowns by Herschel Walker, an SEC record.
Posted by Streit at 11:27 AM No comments:

Loran Smith, long-time sideline reporter and rabid supporter of UGA athletics, has apparently suffered some injuries in a car accident in France earlier this week. Chip Towers of the AJC covers it here.

It seems as if Loran will be okay, which is great news. Our thoughts go out to Loran, a Damn Good Dawg.
Posted by Earl at 11:58 AM No comments:

50
Points scored by Georgia in its first football game against Mercer in 1892. The final score of the game was Georgia 50, Mercer 0. 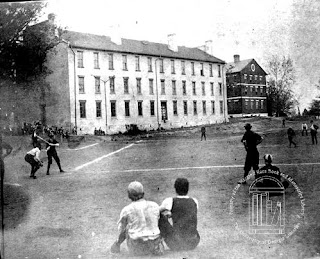 The Bulldogs were coached by then professor Charles Herty. The game was played on the area of North Campus that would later become known as Herty Field. The picture above shows Herty Field circa 1890 when it was primarily used for baseball games.

Posted by Streit at 8:24 AM No comments:

Former Georgia point guard Sundiata Gaines has been invited to mini-camp with the Atlanta Hawks. Gaines was a damn good dawg through the four hellish years following the Jim Harrick scandal and led the Bulldogs to an improbable 2008 SEC Tournament Championship. 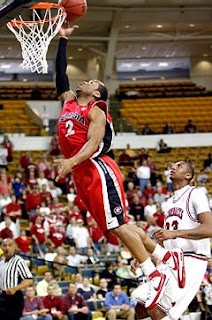 Good luck Sundiata. I would love to see you on the basketball court here in Atlanta again.

Posted by Streit at 5:08 PM No comments:

Lewis on southern language and the northern interpretation. The mating call of the Georgia Peach is about 1:40-2:10 in, but it's all good. 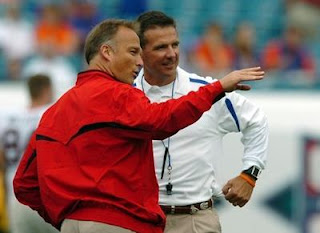 Points scored by Georgia in the first game against the Florida Gators in 1904. The final score was Georgia 52, Florida 0. This game is conisdered unofficial since Florida did not field an official team until 1906 and is not included in the series all-time record.
For more history of the rivalry, check out:
http://www.snagfilms.com/films/title/rivalries_the_tradition_of_georgia_vs_florida/
***Next week, Bubba N' Earl will unveil our 2009 Pre-Season Top 25 and All-SEC Teams. Stay tuned!
Posted by Streit at 8:20 AM 1 comment:

Thanks to bulldog1447 on YouTube for posting some classic Lewis Grizzard clips during the past few months. We'll be posting these during the next few days along with continuing the "Countdown to Kickoff."

We start with "God Talks Like We Do" in a tribute to the subtitle of our blog. 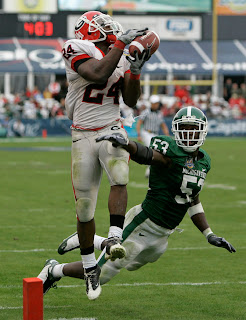 Posted by Streit at 8:11 AM No comments: 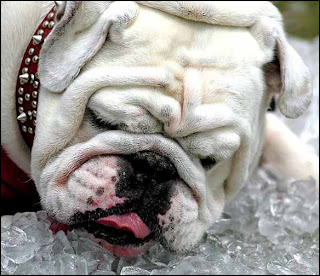 2009 will mark the 54th year that Uga will patrol the sidelines at Georgia football games.

55
As in 1955, the year in which Georgia mascot Mike, a brindled English bulldog owned by C.L. Fain, died. Mike lived in the field house on campus and died of natural canine causes in 1955. As his master's thesis, Gene Owens of Fort Worth, Texas, cast the bronze statue of Mike, which is located at the entrance of Memorial Hall. Mike served as Georgia's mascot from 1951 to 1955. 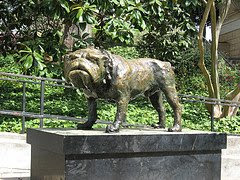 His death opened the door for the Seiler's Uga I, Hood's Ole Dan, in 1956. Hood's Ole Dan was born December 2, 1955 in Columbus, Georgia, and was given to Ceclia Seiler by Frank Heard of Columbus.
Posted by Streit at 10:35 AM No comments: