Posted by BulldawgJosh at 2:29 PM No comments:

For a minute, imagine you had unlimited funds and free time during the fall of 2009. Now, imagine that you plan to spend falls this weekend traveling to different stadiums across the country to take in the best that college football has to offer. If you were mapping out your trip, what games would you be sure to include and where would you stop along the way?
Over the next few days, I will present my Ultimate Road Trip for the 2009 season. Here are some of the basic rules I followed:
1. Only one game per week - That means that if I chose a game on a Thursday, that is it for the week.
2. I will attend at least 1 conference game for all of the major six conferences.
3. Try to avoid seeing the same teams over and over. (No team will appear more than twice)
4. Make sure I see at least 1 game involving a school from a non-BCS conference.
5. I did not include the final week of the season (week 15) as only some teams are left playing either in conference championships or rivalry games.
I will explain my reasons for selecting each game, understanding full well that there may be better games on the schedule that week. Please feel free to leave your comments and let me know which game you would have picked.
Now, let's hit the road...
Posted by Streit at 10:23 AM 2 comments:

2009 turned out to be a banner year for the University of Georgia. The Dawgs had a total of 6 players drafted including number one overall pick Matthew Stafford. Here is a run down of Georgia players taken in the 2009 NFL Draft: 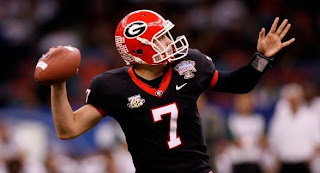 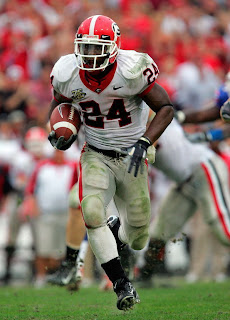 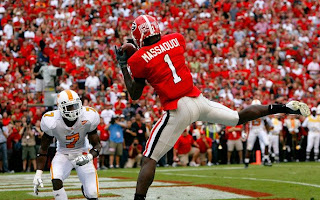 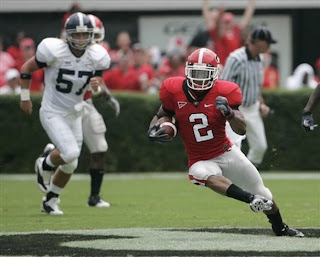 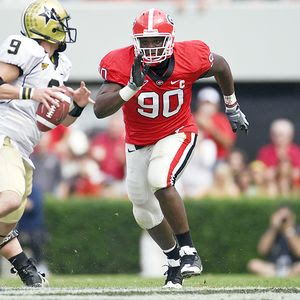 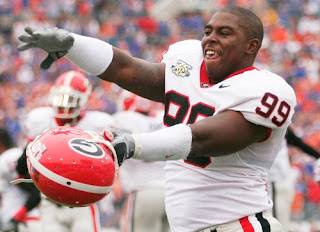 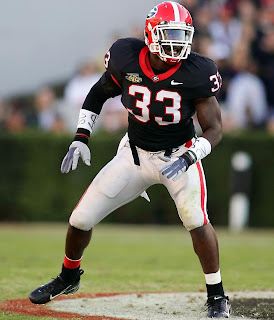 Good luck to all the former Dawgs beginning their careers in the NFL!
Posted by Streit at 9:51 AM 9 comments: