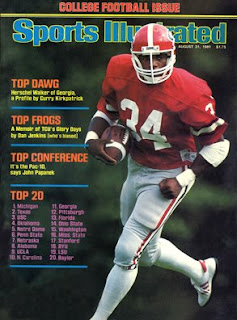 Games in which Herschel Walker ran for at least 100 yards during his Georgia career.
Posted by Streit at 10:59 AM No comments:

A Day in Athens 4 Weeks Before The Season Begins

As any of you who have been following our countdown know, we are just 29 days away from the start of the 2009 season. Georgia opens the season on the road in Stillwater, so our first game at Sanford is 5 weeks away. I was off work yesterday and decided to take a trip up to Athens. With the students not yet back from summer, campus was mostly dead and the stadium was rather empty. Below are some pictures I took walking around yesterday: 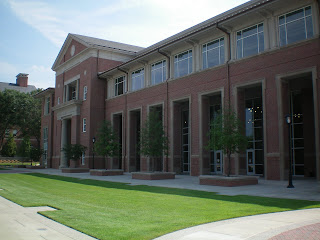 This is the new addition to the Tate Student Center 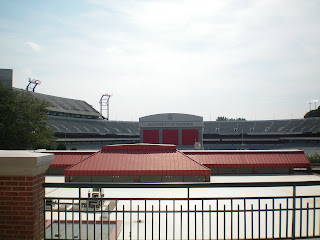 The view of the stadium standing at the new Tate. The old Tate can be seen as well (the red roof) 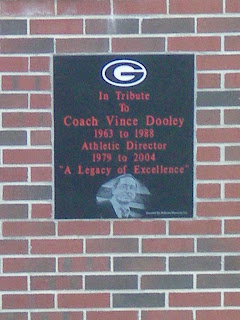 The Vince Dooley plaque that was placed inside the stadium last year. 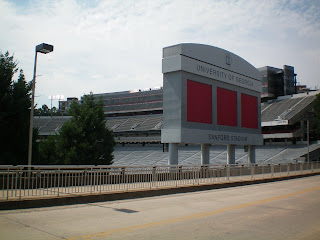 A view of the stadium standing on the bridge 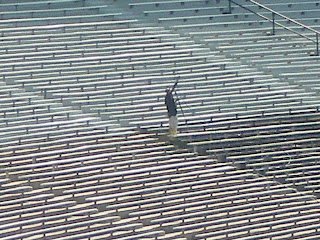 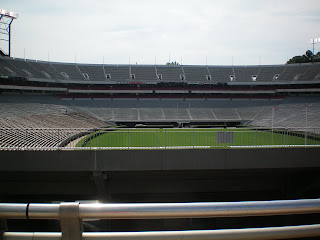 Another view of the field from the bridge. It was very strange seeing the grass without any lines on it and all of the Red seatbacks out of the stadium.
I also took some time to check out the vast amount of construction taking place on campus. Did you know there is now a parking deck at the intramural fields? The new band practice field also looks really nice. My last stop was to check out the new fraternity houses being built on River Road next to Kappa Sig. From the outside, I was very impressed. Here are the pictures below, though I have no clue which house belongs to which fraternity. 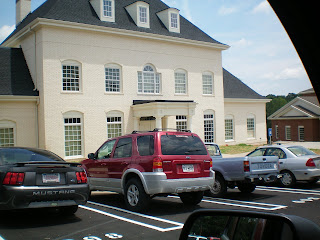 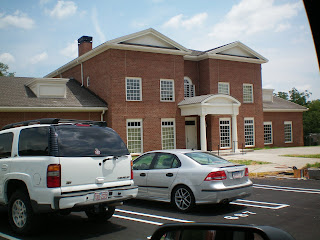 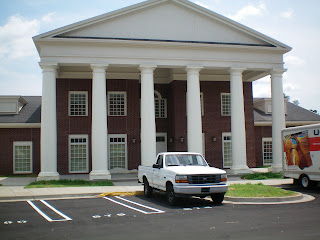 Over the next few weeks, we will begin our preseason analysis of the upcoming season beginning with the Bubba N' Earl preseason top 25.
Posted by Streit at 2:31 PM 2 comments: 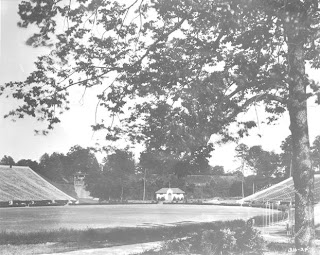 As in 1929, the Bulldogs' inaugural season at Sanford Stadium. The Bulldogs opened their new stadium by defeating Yale, 15-0. Georgia was coached by Harry Mehre, who had taken over the coaching duties the previous year. Mehre would coach the Bulldogs until 1937, compiling a lifetime record of 59-34-6 (.626).
Posted by Streit at 8:56 AM No comments:

30
Yards worth of penalties Georgia earned following the end zone celebration against Florida in 2007. Georgia received two personal fouls (15 yards each) and ended up kicking off from the 7 and a half yard line (the second penalty was assessed halfway to the goal.

Posted by Streit at 9:23 AM No comments:

The Elder Statesman of the Georgia Defensive Backfield: A Closer Look at Prince Miller 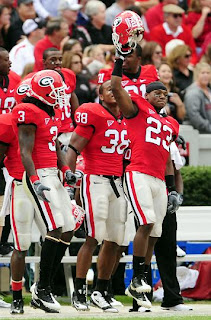 One of the many questions facing the Dawgs in 2009 will be the play of the defensive secondary. After the losses of CJ Bryd (graduation) and Asher Allen (NFL Graduation), Georgia is left with only two senior players in the defensive backfield. One of those players, Bryan Evans, will be playing his first full season at a new position (since moving from corner to safety during last season). The other, cornerback Prince Miller, is expected to be the leader and replace Asher Allen as the shutdown corner for Georgia.

Prince Miller came to Georgia as part of the 2006 recruiting class a highly sought after athlete from the state of South Carolina. He was the 2005 South Carolina player of the year and led his team to 4 straight state championships. The 5'8'' Miller had offers from Georgia Tech, Florida State, Clemson, and others, but ultimately chose Georgia.
Prince Miller would make an immediate impact during his freshman season at Georgia. Playing in every game of the 2006 season, he was a star on special teams for the Dawgs. His signature play was a punt block that led to a Georgia score in the victory over UAB. For his efforts, Miller earned the title of "Special Teams Newcomer of the Year". 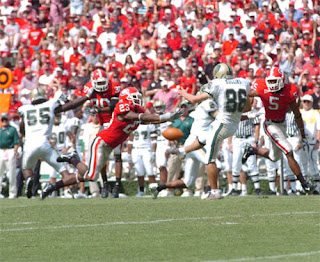 In 2007, Miller began to see more playing time as part of the defensive rotation. He earned his first start against Ole Miss and took over the weakside position opposite Asher Allen (starting 8 of the 13 games for the Dawgs). He racked up 24 tackles, 7 pass break ups, and his first career interception during the Sugar Bowl against Hawaii. 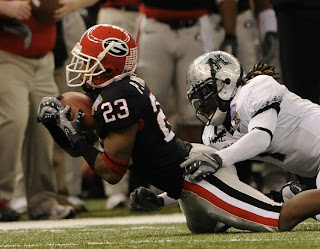 2008 was prince's breakout season in the red and black. Miller started 10 of 13 games for Dawgs at weakside corner, amassing 50 tackles, a sack, 2 tackles for loss, and 2 pass break ups. He also once again made his mark on special teams, this time as the Bulldogs' leading punt returner. He returned 9 punts for 191 yards (21.2 average) including this amazing play during the blackout game against Alabama:

In 2009, look for Prince Miller to provide leadership and be one of the defensive captains for the Bulldogs. The first test will come against arguably the best receiver in the country when the Dawgs face Dez Bryant and the Oklahoma State Cowboys. If Miller can keep Bryant in check, it should take some of the pressure off Brandon Boykin and freshman Branden Smith who will mostl likely be playing on the opposite side.
Prince Miller, another DAMN GOOD DAWG!
Posted by Streit at 2:14 PM 3 comments:

31
The largest margin of victory for Georgia in a bowl game. Georgia defeated the Hawaii Warriors 41-10 in the 2008 Sugar Bowl. Knowshon Moreno scored two touchdowns in the first half and the Bulldogs defense pounded Hawaii quarterback Colt Brennan. Marcus Howard was named MVP with three sacks, a forced fumble, and a touchdown.
While this game had a number of memorable plays, one of my personal favorites is when punter Brian Mimbs decided he was not going to put up with being shoved around.
Posted by Streit at 7:07 AM No comments: 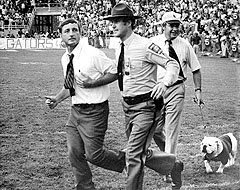 Age of Vince Dooley when he won SEC coach of the year in 1964, his first season as head coach at eorgia.
Posted by Streit at 9:59 AM No comments:

34
Jersey number for Herschel Walker. Walker led Georgia to the National Championship in 1980 and won the Heisman Trophy in 1982. This is one of only four retired numbers at Georgia. Herschel made his mark on this play during the Tennessee game and would lead the Dawgs to a National Championship and three straight SEC titles.
Posted by Streit at 10:13 AM No comments: