Things Vanderbilt does well:
Things Vanderbilt does not do well:
If this was baseball or academics, I might feel threatened. But fortunately, it is just football. Vanderbilt's defense is much better than their offense, but it won't be enough to make up for their complete lack of ability to move the football. Georgia should have good field position all game long without relying on big plays. The offense scores enough to make it comfortable and then goes into zombie mode. We may even have Hutson Mason and Ken Malcome sightings in the second half. Defense continues to dominate.

Mid Season Assessment: The Youth Movement and the Future

After a dismal ending to the 2010, Georgia fans were looking for something to brighten their spirits for the off season ahead. They got what they were looking for with the recruiting class of 2011. Nicknamed the Dream Team, this class has already become a key part of the team. The decision to play so many true freshman combined with a large talent pool of player who are in their second and third years on campus, and things may finally be looking up in Athens.

Georgia has already played 14 true freshman this season. While a number of these players have been used on special teams, three freshman have become starters and key contributors for the Dawgs. Isaiah Crowell has lived up to the hype and has become the the feature back all of the recruiting experts expected he would be. He leads the team in rushing and is on pace to rush for nearly 1,200 yards this year. Malcolm Mitchell leads the Dawgs in receiving yards and has become the favorite downfield target for Aaron Murray. And Amarlo Herrera has stepped in at middle linebacker and has become a force over the middle. Ramik Wilson, Christian Conley, and Ray Drew have also begun to see playing time beyond special teams.

In addition to the true freshman, Georgia is littered with redshirt freshmen and sophomores who as making a big impact. This begins with quarterback Aaron Murray who, in just his second year in Athens, has moved in the top 5 in school history in passing touchdowns. Jarvis Jones has had an immediate impact this season and may be up for All-SEC when the season ends. Kwame Geathers, Michael Bennett, Garrison Smith, and Kenarious Gates are all making impacts this fall.

Overall, the Georgia Bulldogs are a young team that should continue to get better. The only significant losses on defense for 2012 will be Brandon Boykin and Deangelo Tyson. On offense, the Dawgs will lose 3 on the line and will most like lose two tight ends (White and Charles). But the running backs and all of the receivers will return next fall to give Aaron Murray options.

After the 0-2 start, there was little hope for a successful season in Athens. But after 4 straight victories and signs of improvement (particularly on defense), things are beginning to look up. And while the schedule will get tougher with Alabama on the schedule next fall, we will be the much more experienced team when we travel to Tuscaloosa.
Posted by Streit at 12:11 PM No comments:

At the halfway point of the 2011 football season, the Georgia Bulldogs sit at a record of 4-2 tied with South Carolina for first place in the SEC East. And while they do not control their own destiny to get to Atlanta, there are in a good position to be there when it all shakes out. If you asked most Georgia fans if they would be satisfied with 4-2, I think most would have said yes. Considering the Dawgs were 2-4 at this same point last year (including losses to Miss State and Colorado) and I thin I am pretty satisfied. Here are my grades for the first half as well as some superlatives. I will continue my mid season report tomorrow with a look at Georgia's youth movement.

Defense (Overall): A
Defensive Line: B+
Linebackers: A
Secondary: B+
Defensive Coaching: A-

Biggest Disappointment: Blair Walsh
Posted by Streit at 8:49 AM 7 comments:

Missouri to the SEC: A Hookup That Never Should Happen

The more Missouri insider information that slowly leaks out about Missouri's desperate courtship for SEC entry (unless the Big 10 calls), the more their statement of "explor[ing] options of conference affiliation" resembles the 1 AM drunken college scramble to find someone, anyone, to go home with other than the Big 12. 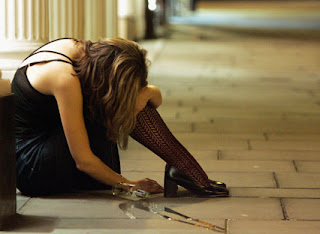 Brady Deaton to the SEC: "So, you're telling me there's a chance..."
In an exploratory study leaked from Missouri's governing board analyzing the school's SEC "options," beyond the potential $12 million per year additional funds Mizzou projects in joining the best damn conference in the land, "Missouri would not suffer a dramatic loss in academic prestige with an SEC move."
Are you serious? Was this report written dripping with understatement and irony, in Crayons, or just simply by a bunch of incompetents? As even the most partisan of websites, mizzou2sec.com, outlines in its factual argument, you have to go through 6 schools in the SEC (and only 2 Big 12 members), based on US News & World Report rankings before stumbling upon the Columbia Tigers. Maybe us SEC folks ain't too good at math, but even I end up using two hands to count that one out. Missouri would probably sell themselves to the next conference a-callin' twice as fast if they could even sniff the academic prestige of Auburn.
All I have to say is thank God there are some current SEC schools standing firm against adding another bunch of Tigers (and another Columbia) to the SEC. (And I'll spontaneously combust before someone convinces me that Dr. Michael Adams stands on the 'con' side of this argument).
I don't care how anyone slices and dices a map with lines, there's a cultural, moral and traditions divide that will never be bridged if Missouri joins the SEC. The SEC is kind of a big deal and not used to picking up the conference scraps for a simple short-term fling. It's nothing personal Missouri, really; we just aren't big fans of condescending, underachieving Midwesterners who wear t-shirts to football games.
Don't worry Missouri, don't keep desperately wanting; I'm sure the B1G will be around in a few minutes...
Posted by Gov Milledge at 5:00 AM 1 comment:

Too Much for UT

Another satisfying victory for the Georgia Bulldogs on Saturday night. Like many others have written, it was certainly one of the most unusual games I have ever witnessed. From long possessions that resulted in few points to the 3rd and 56, just a strange game. But, this game felt a lot like the last few games for the Dawgs, in that the school remained somewhat close but the final outcome was never really in doubt. Here's my thoughts on this week's game:

The kind of bads (there were no real "bads" this week)
- Murray is still on his deep balls. Now, we can forgive because he was able to hit Mitchell deep twice, but he over shot TK twice wide open in the first half. If he hits other of those two passes, this game would not have been close.
- Mike Bobo, here's a little lesson: Calling a QB draw on third down once = Brilliant. Calling a QB draw again on third down later on the drive = Dumb. Also, Orson Charles is a mismatch, all the time. Just throw him the ball.
- Letting Simms complete that pass to the 1 on fourth and long. We had been pressuring his the two plays before, why we suddenly decided not to bring pressure on third and long is beyond me.
- The penalty marathon. It was horrible. From first down at the 23 and a sure fire 3 score lead to punting from around our own thirty. It did not matter here, but we can't waste good field position. This is why we continue to not put teams away when we clearly have the opportunity to.
- Injuries - Thank god it is just Vandy and the bye week coming up. We need Malcom Mitchell and IC healthy to beat Florida.

On to the goods!
- The linebacker play continues to get better each week. Just imagine what it will be like with Ogletree back in there. Gilliard was named SEC defensive player of the week and the Tennessee fans already hate Herrera and he's only a freshman.
- Grantham's D continues to get better each week. And they are mean. We injured their running back and their QB, and I am not sure how Da'Rick survived that brutal hit from Branden Smith.
- If I had to name a defensive MVP this season, it may go to Shawn Williams. Boykin is the best all around player on the defense, Jarvis Jones is an absolute beast, but ever ytime there is a key play, Shawn seems to be there.
- Crowell was pretty banged up, but he stayed in there and made some great runs in the second half. The second touchdown was a thing of beauty. Carlton Thomas continues to impress me as well and I definitely think he should be moved up to #2 on the depth chart.
- Malcom Mitchell is awesome. Great hands, great speed, and good routes. If he doesn't pull the hammy, that is a 93 yard touchdown.
- While Murray is still off, he made some good decisions to tuck and run and only made one bad throw (by my count).

Overall, it was a great night for the Dawgs. They are such a different team than they were 5 weeks ago. I have no crazy expectations of Georgia running the table, but I expect we will at least win a share of the SEC East title this year (even if we don't get the honor of getting smoked by LSU or Alabama). Saturday we go for the sweep of the state of Tennessee and then a much needed week to recover for the Gators. I'll have my mid season assessment of the team up on the blog later this week.
Posted by Streit at 1:42 PM 3 comments: