NORTH CAMPUS, I SHALL PROTECT THEE

Bubba 'N Earl contibutors have been tailgating on North Campus for several years, and we are happy the situation is being addressed before Michael Adams can rain down on us more tyrannical tailgating rules. I have personally complained for years how it gets trashed, and that I've never seen a campus treated like that by any other fan base.

We're very happy to see such initiatives take place from the student body. 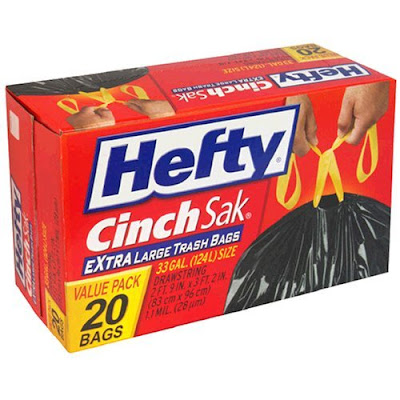 The official new logo of AKPsi

To be fair, as an undergrad, I saw other parts of our campus trashed with beer bottles and everything else imaginable. North Campus is merely a continuation of that obviously long problem, but it's enhanced by the sheer density of people tailgating in the area compared to everywhere else. You can also cite other legitimate reasons (such as MJ did on a earlier post), but the real point is that grown adults should be able to throw away their trash. End of discussion.

I'm going to personally do my best to be an asshole to people about their trash when they are at my tailgate and in the surrounding areas.

I encourage you to do the same. If you've never tried being an asshole, it can be quite fun sometimes.

Posted by BulldawgJosh at 3:45 PM

I encourage you to do the same. If you've never tried being an asshole, it can be quite fun sometimes.

It is about time this foolishness came to an end. Having the cleaning crew come through while everyone is at the game is pure genius, i.e., a simple solution to a simple problem that should've been implemented 5 years ago. Get After That Trash. #dawgs

Thinking,
You are also correct. There's a number of things that could have been done already, including people acting in a civil manner and having cleaning crews start early, and you're even more right that this all could have started years ago.

How 'Bout this dawgs?.....be your own damn cleaning crew and let's not hire one!

Clean it up! The trash makes the campus look bad, and the exposure in the "press" makes Georgia look bad.If you mess it up, you clean it up!