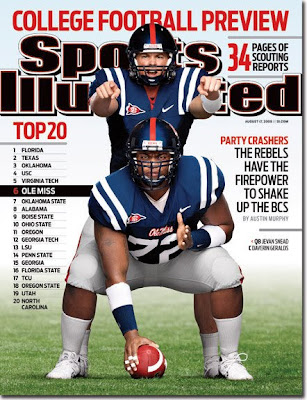 Ole Miss has become the latest victim of the Sports Illustrated Cover Curse.

Four teams were featured on regional covers this year. Two of those other teams, Oregon and Oklahoma State, have both suffered embarrassing losses this year. Ole Miss becomes the latest victim after the egg they laid last night (even though so many were expecting it).

There's only one team left from this year's covers, and that's Penn State. They just happen to have a big game against Iowa this weekend, and they were upset by the Hawkeyes last year. 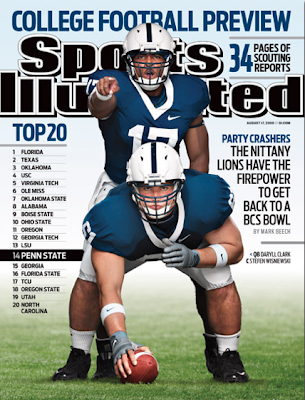 You're officially on the watch, Nittany Lions!
Posted by BulldawgJosh at 12:55 PM