Herschel Walker Will Kick Your Butt?

I swear I was misreading something this afternoon, but the AJC article confirms that 47 year old former Heisman Trophy winner and former Bulldog Herschel Walker will join the mixed martial arts league, Strikeforce, for a multi-fight deal. OK, let's break that down...47 years old, HEISMAN TROPHY, MMA, and last but not least MULTI-FIGHT. Still with me? 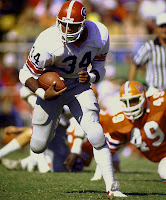 47 year old Heisman Trophy Winner
I know a lot of former athletes can not find the adrenaline rush they got when playing. Joe Montana, Michael Jordan, and yes even Brett Farve. But these guys came back to a sport that was familiar to them! Come on, Herschel Walker don't ruin your image here. Fifth degree black belt or not, I won't be watching this. 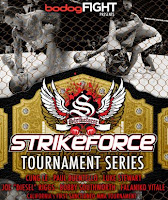