SEC Weekend Games of Interest: The "Thank God Football is Back" Edition

Thanks for joining Bubba ‘N Earl for the first week of NCAA Football, it’s so awesome to be back. Like most of you, I’ve spent most of the summer waiting for this week to come. We were pretty successful with our preview picks last season and hope to continue the glory in 2009. I have two ground rules: 1) If your team is playing a 1-AA team, they will be made fun of and not much will be written. 2) If you are not a charter member of the SEC and have never played in an SEC Title game (That means you South Carolina), you get a funny nick name: The Southern University of Carolina (SUC) sounds good for now (Thanks to AUMaverick for coming up with that one).

Here is what is happening this week in your neck of the woods:

South Carolina at North Carolina State: It’s Thursday Night Football and there is Techno music in the stands, should be comfortable…. This is ACC Country.

The OBC takes his squad to to face what looks to be ’s best team under Tom O’Brien. Both squads are looking to make a statement early and the Gamecocks ended up steam rolling the Wolfpack in the 2008 season opener. In my mind, these are two teams moving in completely different directions and I expect to be a solid contender in the ACC. South Carolina seems to be pretty average and lacking an identity at this point. Its QB Stephen Garcia can be a good player, but is very inconsistent and Spurrier just isn’t the same coach he was at . Look for SUC to be hurt by their lack of depth on the defensive line and I see a sophomore All-ACC QB Russell Wilson leading the Fighting Tom O’Brien’s to a 27-17 victory.

vs. of : keeps improving under the Rich Brooks/Joker Phillips tandem but its 2008 season was plagued by poor QB play. The Wildcats have outstanding young receivers (no UGA fan needs any more proof that Randall Cobb is a playmaker) and what may be the best defensive backfield in the league led by senior corner Trevard Lindley. However, needs second year starting QB Mike Hartline to show some progress against the Miami North RedHawks, especially with rivals , and looming in consecutive weeks. 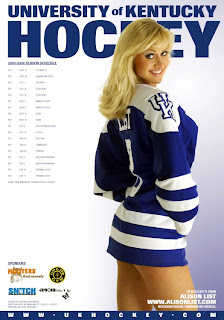 No point behind this picture, Just looks like Hockey season at UK is Awesome

To be honest, I know very little about Miami of Ohio in regards to their current football team. The RedHawks are breaking in a new Head Coach in Mike Haywood and he probably wishes his job had included Ben Rothlisberger. Look for to overpower in this one and win in a somewhat modest fashion, 30-10.

Western Kentucky at : The biggest question in this game isn’t whether Lane Kiffin will win his first game as UT Head Coach, but will the stadium be full. Not much to be said about this game. Expect a heavy dose of freshman Brice Brown and high percentage passing to build Jonathan Crompton’s confidence. 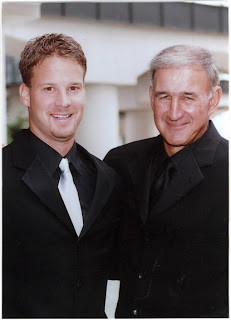 at : Jackson Sate looks to be the perfect game to kick off the Dan Mullen experience in and the cowbells should be active. We have all season to talk about the former Florida Offensive Coordinator and we won't know exactly what to expect from them until we see the on-field product. The western Bulldogs still haven’t named a starting QB and senior Tyson Lee and sophomore Chris Relf could split playing time in the new spread system.

One thing is for sure in this game and that is workhorse RB Anthony Dixon. Sylvester Croom didn’t leave the cupboard completely bare as far as the defense is concerned either. MSU rolls in this one, 38-10.

Southern at : No comment. The Gators roll and I don’t even want to predict a score, it will be that bad. Southern was founded as a Baptist college in 1964 and the University's mission is “promoting academic excellence in a Christian environment". Tim Tebow should feel at home and I heard he will lead a Bible study after the game with the entire CSU team while not having sex with the Southern cheerleaders.

Seriously, rules should state that if a prominent Bull Gator pays enough money, he gets to play in this one.

Tech at : La. Tech pulled an early season upset last year by defeating and Derek Dooley will have his Bulldogs ready to do it again on the Plains.

is coming off a much scrutinized offseason and there are a lot of questions that need to be answered in this game. Can Chris Todd be the man at QB? Will the fast paced Gus Malzahn offense work with the same personnel that failed last year? How will the defense respond with Gene Chizik back in town?
Opening week gets a little tougher than the Tigers would like as La. Tech is no pushover, returning its top QB and RB from last season as well as a very strong defensive line from an 8-5 bowl winning team. Derek Dooly will keep his team close, but Gene Chizik needs to prove something in his first game and I like to pull this one out, 24-14.
at : This won’t be close and the Ryan Mallet era gets off to a roaring start for the Razorbacks. The best thing about playing is it provides an opportunity for BNE’s first Random Pop Culture Factoid of the Week. Actor John Goodman is an alumnus of what was then , where he was a football player. Here’s to you Walter Sobchak.

Meet #4 Steven Strausbaugh
Ironically, WCU won the game that day. Don’t expect them to have the same luck in on Saturday as the Commodores roll 31-14 behind newly named starting QB Larry Smith.
Alabama vs. Virginia Polytechnic Institute and : The premier southern football game of the week marks the return of (and Virginia Tech for that matter) to the Georgia Dome. There is no doubt that the Crimson Tide will be stout on defense and the same can be said about the Va. Tech Hokies. The biggest question for both squads is how their individual offenses will handle this big time match up. With Va. Tech’s Daniel Evans out, Bama has the edge at tailback with the physical Mark Ingram, while the Hokies have the more experienced QB in Tyrod Taylor.

Looking at this game, the biggest clincher for me is breaking in three new starters on the offensive line. I think new Tide QB Greg McElroy has the tools to be a solid SEC starter, but it will be tough with a swarming Va. Tech defense putting constant pressure on him. Just like when Nick Saban had all of last summer to game plan for Clemson, Frank Beamer and Bud Foster have planned all summer to face a first timer behind center. Look for some big plays from WR Julio Jones to keep Bama in a low scoring affair. In the end, the Hokies leave with a 17-14 win.

at : This should be a good early test for the Bayou Bengals as they have to travel cross country and officially start the Steve Sarkisian era for the Huskies. LSU is a favorite to challenge for the SEC West this year with a lot of young talent. A lot of pressure is on the shoulders of sophomore QB Jordan Jefferson and traveling across the country is always tough for a young starting QB. Ultimately, it will most likely be a tough year for , but I think they have the guy that can bring them back in Sarkisian. ’s QB Jake Locker is a physical specimen and a darn fine player. I expect an energized UDub team to push LSU and LSU to respond with a tougher than expected 37-24 victory.

Ole Miss at : I’m not super high on Ole Miss this season and expect them to finish around 8-4. That being said, this is a very talented Rebel squad led by Houston Nutt and Jevan Snead. 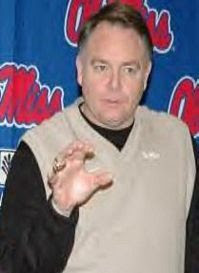 is coming off a 6-7 season that saw it lose to in a bowl game. The strength of Tommy West’s squad (Side Note: Can anyone else believe that Tommy West is still a head coach?) will be its offense. The Tigers return its top passer and rusher from 2008 and this should be a good test for Ole Miss to start its season, especially on the road. I always like that the Rebels play every season and if past seasons are any indication, plenty of points will be tossed around. Ultimately, Ole Miss should out-athlete their opponent and I see a score in the range of 45-21. If Houston Nutt’s bunch is going to turn some heads in the SEC this season, they need an early defensive statement here.
That does it for this week. Enjoy a Makers Mark and Coke this weekend with your College Football this weekend. Go Dawgs!
Posted by Bubba at 2:12 PM

just an fyi -- the uk-mu game is at paul brown stadium in cincinnati, not in oxford. it's really about half-way between the two schools. it may be 15-30 minutes longer to lexington, but it's no jacksonville

Appreciate the heads up.

Bubba, Thanks for the shout out. I agree with you on VT, but don't count my Missouri St. boys out just yet. Only problem with the Ar-kansas game for us the the time. I told those fucks down at the league office a thousand times i don't play D on Sabbos. Saturday is Shabbas, the Jewish day of rest. That means that I don't work, I don't get in a car, I don't fucking ride in a car, I don't pick up the phone, I don't turn on the oven, and I sure as shit don't fucking play D! Shomer shabbas! Shomer fucking shabbas.

FYI, I just got in on your BNE Pickem' Pool. And, I'm drawing a line in the sand... Across this line, you DO NOT... Is there anyway to just pick against Streit? I seen some of his analysis on this site and i'd rather just save myself the trouble with the time and research and just pick opposite of him.

also, is that Catamount RF the love chld of Streit and Bulldawg Josh?

Walter, you seem very quick to criticize almost everything I write on this blog. If you hate what I write so much, I question why you want to keep coming back. You don't post your comments under a blogger ID and there for there is no way for me to respond to what you write in an email. I've never claimed to be a professional write, I simply write what I think. If you would ever like the chance to write a response article to something that I post that you disagree with, please feel free to email me and I will gladly post it.

Thank God for college football. I'm so glad this week has finally arrived, and I can't wait to see the Dawgs take down those cowpokes.

I like to play the games on my pc my console and on my cell phone..
this article was not related to games but it related to technology and i had also hobby to search gadget and latest gadgets and many more so this article was really great in my opinion.