I'm preparing to go to Orlando, so I'm going to try and keep this short.

Bubba and Streit were the only ones to pick all 3 of yesterday's games right.

BFR, Earl, Joe, and ThinkingBulldog each only got 1 game right.

The majority was right on 2 out of 3 games, only missing the Oregon victory.

Terps vs. The Other Wolfpack

Great game, the Terps pulled it out in the end.

SCREW YOU NFL NETWORK FOR NOT BEING WIDELY AVAILABLE, AND WHOEVER ELSE IN THE WORLD LET THEM CARRY THIS GAME. BECAUSE OF YOU, THIS WAS THE FIRST BOWL GAME I DIDN'T GET TO WATCH.

Great game, as many of us expected. Ducks pulled it out, and Okla State wasn't the same with Dez Bryant.

We have 5 games on the slate for New Year's Eve:

The majority picked this game by an 8/5 split, in favor of Houston over Air Force.

Jacquizz and James Rodgers are out for Oregon State, which puts their ability to win in doubt.

I would wish to take this pick back, but it would be violating my number policy for college football: NEVER BET ON THE WANNSTACHE. Let him prove you wrong. More often than not, he won't.

Bubba, Earl, Streit, and ThinkingBulldog were the only ones to pick Pitt.

Vandy is in a bowl game for the first time during my lifetime. Wow.

Too bad they didn't get to leave Nashville.

This game was another 8/5 split in favor of Boston College. 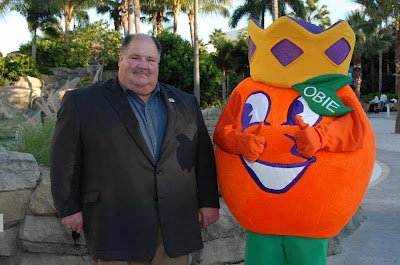 Minnesota comes into this game on a 4 game losing streak.

Don't mess with Kansas, Mangino is a badass.

Earl, Joe, and Streit were the only ones to pick Minnesota.

Thank that lord I won't be around Atlanta tonight in case the Nerds win this game.

Ann&Bob, AUMaverick, Bubba, Earl, and myself were the only ones to pick the Techies. Man, I feel dirty for doing so.

Ally and Streit 1st place, Earl and Jason are tied in 2nd, and Joe and AUMaverick are tied for last.

After ordering rings with the UGA score on them as part of their "bowl package", I hope Tech NEVER wins another football game . EVER! At least here's one Dawg who will never pull for them against anyone. Even Iraq!

Welcome to the bottom Joe.