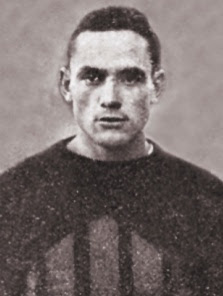 Athens, GA bred and member of the 1926 Toccoa High School state championship football team, Herb Maffett was a raw talent who was on the front line for one of the historic moments in Bulldog lore, and in an era of Georgia football that just preceded the formation of the Southeastern Conference.
Maffett was an iron-man four year starter at end for the Bulldogs, who helped lead the Bulldogs to victory in the 1929 dedication game of Sanford Stadium. In that first game at Sanford Stadium in October 1929, college football powerhouse Yale played their first game in the South, and were upset by Georgia 15-0.
According to Bulldog legend, Maffett was named team captain for the 1930 season after his performance in helping lead Georgia to the victory over Yale. That same season, Maffett was also named an All-American and All-Southern Conference player (at that point, he was just the 6th All-American Georgia had ever had), as the Bulldogs went 7-2-1.

In that 1930 All-American season, the Bulldogs played at the Polo Grounds of New York City against NYU, where Maffett would catch the game winning touchdown (and Bulldog legend Vernon "Catfish" Smith would kick the game winning extra point), as the bulldogs won 7-6 and avenged the previous year's defeat by the Violets (yes, the NYU Violets).

In 1981, Maffett would be inducted into the Georgia Sports Hall of Fame, as well become a part of the Georgia Bulldog Hall of Heroes.

Posted by BulldawgJosh at 3:02 PM