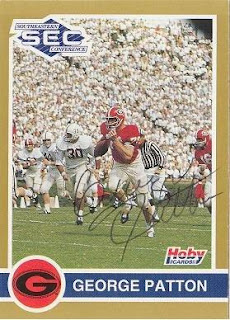 Today marks the 234th birthday of our great nation and there is not a better Georgia legend to honor than one who shares his name with one of the most famous generals in US History. Appropriately nicknamed “General”, George Patton ended up signing a scholarship with Georgia after attending a recruiting visit with fellow Alabama native Vance Evans. In 1963, Patton played tackle and quarterback for Georgia’s B team. When Vince Dooley became coach the next season, he wanted to get the athletic Patton into the lineup and defensive tackle became his permanent position.

During his sophomore season in 1964, Patton became a force on the Georgia line, earning the first of three straight seasons on the All-SEC squad. After another stellar season in 1965, Patton earned a spot on the All-American team. In 1966, he was named the captain of a team that would bring home Dooley’s first SEC championship. After once again being named to the All-American team, Patton had one last career highlight to make during the 1967 Cotton Bowl against SMU. 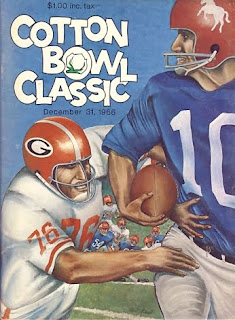 Despite playing quarterback on the B team during his freshman season in 1963, Patton had never played a snap at the position under Vince Dooley. Coach Dooley had made Patton a promise that he would be given the opportunity to play quarterback at some point before the end of his career. In the final minute, #76 lined up at quarterback. After throwing three straight incompletions, Patton took off on a 16 yard run on the final play of the game. It was a fitting end to a great career in Athens.

He finished his career as one of the most decorated players in Georgia history. His achievements including being named to the All-SEC team 3 times (’64,’65,’66), twice named All-American (’65,’66), and being named the most outstanding lineman in the country. He played for one season in the NFL with the Atlanta Falcons. He was inducted into the Georgia Sports Hall of Fame in 1991.
Posted by Streit at 9:18 AM