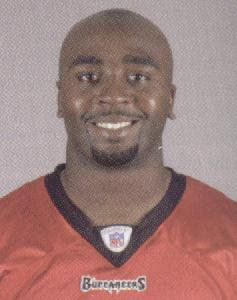 Tim Wansley was an All-Star quarterback during his days at Buford High School. The 1997 Gwinnett County Player of the Year focused on defensive after coming to Georgia as a member of the class of 1998. Wansley was a backup corner during the ’98 and ’99 seasons, before being named the starting right corner in 2000. He would be named to the second team All-SEC team and returned for his senior season in 2001.
In 2001, Wansley was an All-SEC performer who made the biggest play of his career in his final game against rival Georgia Tech. Despite getting a ton of field goals from Billy Bennett, Tech was still haning around because the Dawgs could not get the ball into the end zone. That all changed when Tim Wansley picked off a George Godsey pass, returning it 48 yards for a touchdown. Wansley broke his leg the following week against Houston, but recovered to become one of 8 Bulldogs chosen in the 2002 NFL draft. For his career, he is Georgia’s all-time leader in pass break ups with 29. He is 14th all-time with 10 interceptions, including 3 returned for touchdowns. He played in the NFL for the Tampa Bay Buccaneers.
Posted by Streit at 8:22 AM