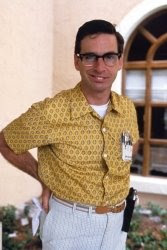 I have to agree with the Senator and Realist that I am perplexed as to why so many Dawg fans are afraid of Tech. It's not that I'm over confident, I just believe that the pressure is more on them to come into Sanford and prove they can 1) stop our offense, which is ranked higher than any offense they've faced thus far, 2) prove that they can run their new WOWSERS! offense on us, and 3) prove they can get past the stigma of the last 7 years.

I don't see a reason to buy into the fear that others are purchasing in ever greater quantities. It is all psychological and it's not as if this team hasn't been stopped (see their game against UNC).

I will say that if there were to be anything that worries me about Tech, it would be the confidence that this team exudes.

These players have obviously bought into Johnson and his system, and they've especially bought into higher expectations and winning. Before the season, I got the chance to speak to two of Tech's players through a friend of mine. Both of these players were confident that this season was going to be better than most expected, and that Johnson brought much more demand and discipline to their team (to the chagrin of some of the players). As the year has gone on, their confidence in themselves to win games and perform in crucial moments has obviously grown. 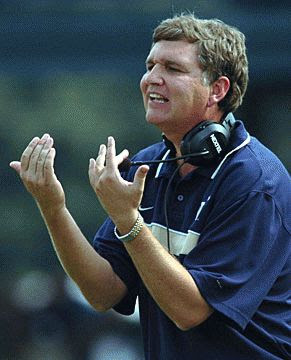 Bring it on wise guys! I mean, pocket protectors of the world unite!

No Tech fan can deny that since the Richt era began, they've walked into this game thinking that it was in the realm of possibilities for their team to win, but that in the end they weren't really confident they could pull it off (even when they probably should have won). It was also obvious that some of the Tech players in the past felt the same way. Maybe it was just the Reggie Ball syndrome or the Gailey effect, because I haven't seen that attitude in their team this year. They've started to actually believe they can win any game, and that is a definite shift that can play a factor in a rivalry game like this one.

Still, as PWD said earlier this week, let's see if they can handle the pressure and see if they really want this win that bad.

Posted by BulldawgJosh at 7:00 AM

Our woes are just feeding their confidence.

It's going to be another close game if we can't match their intensity.