Carolina is Done, On to Mississippi

The Georgia Bulldogs completed their two game set against schools from South Carolina on Saturday with a 59-0 domination of Coastal Carolina. And while everyone expected the Dawgs to easily dispatch the Chanticleers, they did in convincing fashion which has not been the norm for Georgia against cupcake schools. This was a domination in every sense of the word and it was just what the Dawgs needed after two tough opponents to open the season. Just a couple of quick observations:
Lots of freshmen played and some backups, including Hutson Mason, got some work. Overall, it was a near perfect game between the hedges. This week, the Dawgs head to Oxford for the first of two games against the state of Mississippi. In 2006, Georgia swept Mississippi, but only after struggling in both contests. Ole Miss is coming off a bad loss to Vanderbilt and looks to be the weakest team in the conference this season. Hopefully the Dawgs can pick up their first SEC win of the season and continue the improvements we have seen over the last two weeks.

A couple of other thoughts:And lastly, I want to mention that Georgia alum Kyle Chandler won the Emmy last night for his portrayal of Coach Eric Taylor on Friday Night Lights. I have mentioned quotes from the show numerous times on the blog and it was one of my favorite shows on TV. I was sad to see it end, but glad to finally see Chandler's excellent performance recognized. 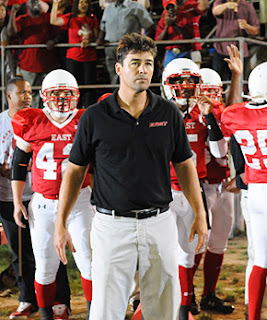