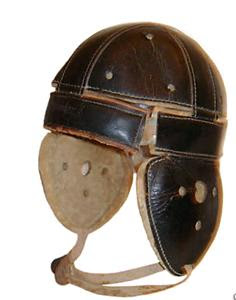 New York native David Paddock had to fight just to make the Georgia football squad under coach Alex Cunningham. It was said that Paddock is the only player in Georgia history who circulated a petition to help him earn a spot on the football team. Following spring practice in 1912, Dave Paddock switched positions from halfback to quarterback, where he would eventually become a team captain and All-American. As the backup quarterback in 1912, Paddock played sparingly but ended up as Georgia’s starter following the Auburn game. In a game played in a slushy snow, Paddock and Bob McWhorter led the Georgia to a 12-6 victory over the Plainsmen. Paddock was also instrumental in the 20-0 victory over Georgia Tech.


Returning as a starter in 1913, Paddock and Bob McWhorter would lead a Georgia offense that would become the first Georgia team in 16 years to finish a season without being shutout. The season began with 108-0 shutout of Alabama Presbyterian. Paddock starred in Georgia’s 18-15 victory over Clemson, rushing for 165 yards on only 11 carries. Georgia finished the season 6-2. With the graduation of Bob McWhorter following the 1913 season, Paddock took a more important role in the Georgia offense the following season.


In 1914, Paddock was named to the All-American team by the New York Herald. During his senior season in 1915, he scored four touchdowns. His final touchdown came in his final game at Georgia, a 13-0 shutout of Clemson.
Posted by Streit at 9:39 AM