Welcome back to another week of games and good times. We were 4-1 last week, improving our record to 13-3. Really didn’t see the UCLA win happening, but then again, I really didn’t see Tennessee being that good either. There are 8 SEC games on the schedule this week (excluding UGA) and, due to time constraints, we are really only going to focus on the four squads playing real competition. Here’s what is going on in your neck of the woods:

First, here are the picks for the four Junior Varsity games:

North Texas at Alabama: North Texas hired a High School coach as its head coach three years ago for a reason, Bama dominates 35-7.

Louisiana Lafayette at Louisiana State: Jordan Jefferson may not be the answer yet for the Tigers. However, he should be able to throw a couple of touchdown passes here and LSU wins 45-17.

Florida Atlantic at South Carolina: I can’t joke FAU too much, they have won two consecutive bowl games and have a really old, semi-viable coach in Howard Schnellenberger (Sounds like their opponent, but without the bowl wins). However, South Cacaklacky is expected to win these types of games at home. There is the potential for this to get interesting, but it won’t be and the Gamecocks win 28-14.

Southeast Louisiana at Ole Miss: Really, Ole Miss is playing SE Louisiana, this is a joke. We know nothing about the Rebels at this point other than they are super talented and this game won’t alter that perception. Hopefully Jevan Sneed will play better than he did against the Memphis Tigers; he didn’t look too hot in that one. The University of Mississippi wins 42-3.

And now, for the big boy table:

Louisville at Kentucky: The battle of the Commonwealth resumes for another year and I’m sure the basketball version will be far more entertaining this season than the football game. Someone check the restroom stalls in this one.

Louisville has been falling since Bobby Petrino left three years ago and Steve Kragthorpe has not been the answer for the Cardinals. To make matters worse, Louisville is a young team breaking in a new QB and a completely new defensive front four with the absence of DC Ron English (now the Head Coach at Eastern Michigan).

I continue to be impressed with what Rich Brooks and Joker Phillips have done upgrading Kentucky’s talent and attitude. While their offense left a lot to be desired last year, they have brought back some experience with QB Mike Hartline, RB Derrick Locke and will try as much as they can to get the ball in the hands of sophomore WR/QB Randall Cobb. Even with the offensive questions of 2008, the Wildcats dominated this game 27-2 last season at Papa Johns Field and I don’t expect things to be any better this season for the Cards. UK plays solid football and walks away with a 30-14 victory.

Tennessee at Florida: When Lane Kiffin took the Tennessee job, he pretty much started his career against Florida 0-1. He didn’t make matters any better by insulting Urban Meyer, who has proven to be a great Head Coach and recruiter, especially since he has a few years of it under his belt compared to Lane. There really isn’t much you can say about this game, it shouldn’t be close and it won’t be. Jonathan Crompton still isn’t very good and he’s probably going to look like this in the pocket: 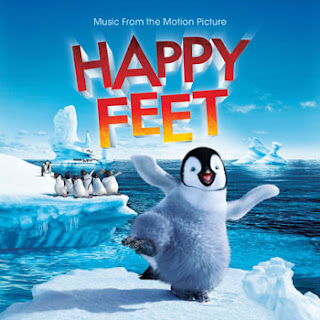 There is just too much continuity and talent for the Gators on both offense and defense for Tennessee to sustain anything in this match up. The most intriguing aspect of this game will be Old Man Kiffin’s game plan against Tim Tebow and the Florida offense. If he can slow Florida, it will give other SEC squads some ideas in future games. However, there is no score prediction in this one, Florida scores until they get bored.

Mississippi State at Vanderbilt: Vandy hung tough last week on the road in Death Valley and should have some energy hosting the Western Division Bulldogs this week. Not to mention, Mississippi State handed the Commodores their first loss of the season in 2008 and Bobby Johnson will want to redeem that loss in front of the home crowd. 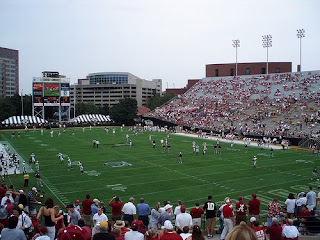 You don't just walk into Vanderbilt Stadium and walk out with a win. Scratch that, most teams do.

MSU didn’t have the game they wanted on the Plains last week and were embarrassed by an improving Auburn offense. Let’s be honest, we still have no clue how good Auburn will be on offense and this really makes me question the integrity of the Bulldog defense. They are still having issues with their spread offense and while senior QB Tyson Lee makes the fewest mistakes, sophomore QB Chris Relf gives them the best chance for big plays. Overall, this is a mismatch for a Vanderbilt squad that has learned how to keep games tight and win. The Commodore defense kept LSU in check and should make the offensive plays to control this game, winning 24-13.

West Virginia at the Alabama Polytechnic Institute: Auburn has been impressive in two games this year and this will be their biggest test to date. Both of these squads own wins over competitive non-BCS opponents and WVA’s 35-20 win over East Carolina last week would be a solid win for almost any squad. Jarrett Brown is West Virginia’s new starting QB and while he hasn't been a starting QB in the past, he has played a lot. This guy can play. I remember watching him lead the Mountaineers to a come-from-behind win against Rutgers as a redshirt freshman in 2006. He is a much more proficient passer than Pat White and is bigger with good athleticism.

This should be a fun game and expect some points to be put up in Jordan-Hare Saturday evening. There will be some big runs from both Noel Devine and freshman Tiger speedster Onterio McCalebb. Overall, Auburn should have the bigger, more physical team. If Chris Todd limits his mistakes and Ben Tate gets on track, look for plenty of toilet paper on Toomer’s Corner and a 35-31 Auburn victory.

That does it for this week. BulldawgJosh and I will be in Fayetteville this weekend, but more on that later. Everyone enjoy their respective games this weekend.
Posted by Bubba at 2:33 PM

This site was simply great i like it because i like to listen songs playing games discuss about internet...
also i like to know more about latest gadget and technology..
i am searching for the what things making us number one all time so i am born selfish...

Um...do we have an international following now?

Crompton is blind...its not just happy feet, its pure blindness.

SEC will lose at least one, maybe as many as 3 or 4. Obviously, I think Bama and UGA will lose their games

Hi all...
I am playing games on pc and i like to know more about gaming...
I like this article because it's provide lot's of fun and knowledge...