The University of Florida is not only an abomination of mankind (which you already knew); it is also home to one of the most unique fan bases you will ever find.

Only one university can combine north Florida rednecks, complete douchebags and the wonderfully amazing specimen, the guido.

For the most part, the guido is a foreign concept for the rest of the SEC schools. It's not that they don't exist (even though I've rarely seen one for another team), it is just the massive abundance you will find wearing gator shirts. I did see my first guido Georgia fan at Arizona State (wearing a basketball jersey and all), and Earl can tell you how excited I was. Why I did not take a picture, I'll never know.

The guido pipeline of south Florida is primarily responsible for this phenomenon. So, we're left to enjoy ourselves guido free for most of the year (unless you go to East Andrews in Buckhead).

However, each year I come to Florida forgetting about the guidos. I let my guard down every time, only to walk into a bar and see en mass orange and blue guidos yelling at each other and showing off their chests.

Earlier in the week, we were at a sports bar in central Florida and by 10:00 p.m. the place was guido heaven. Fortunately (or unfortunately), they were not gator guidos. I still wanted to blow my brains out, so it's probably a good thing we didn't bring any guns on this trip.

Listening and looking at gator guidos can be torture. The gator chomp is worse when done by guidos and it raises the gator obnoxious level by 1 billion. Gator guidos even make you think more highly of regular gator fans, and you even start to sympathize with them (until you remember they're gators). 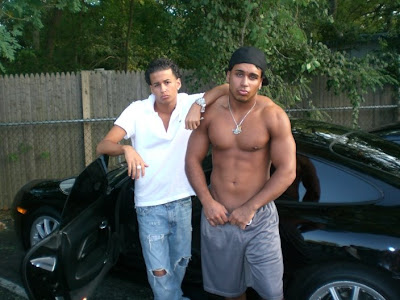 Beware when you enter Jacksonville this weekend; you might think you're in New Jersey or Miami when you see the gator guidos. Don't let the gelled spiky hair, raging muscles, and side shaved heads fool you, you’re indeed in Jacksonville at a football game in the SEC.

Floriduh = New Jersey of the south.

I swear to God, the government ought to require you to have a passport to enter Floriduh.

If you are also the big fan of the team you can search these accessories online and get them online.

I am a big fan of Gators. I possess a custom Florida Gators Jersey.